I became a writer because I hated to practice the piano. Initially, I thought I’d like to become a concert pianist, but when I started entering competitions and was, in fact, getting rather good, I found myself watching the clock looking to see if I’d “put in my time.” By the time I was a high school senior,  even though I was well on my way to a scholarship to the Julliard School of Music, I knew a concert life was not for me.

But I never tired of writing. So, I enrolled in the University of Minnesota School of Journalism from which I obtained both a bachelor’s and master’s degree. I got my first job based on my clippings from the campus newspaper, The Minnesota Daily, and I tell the story of that first hire in my book. (I worked free for a week!) 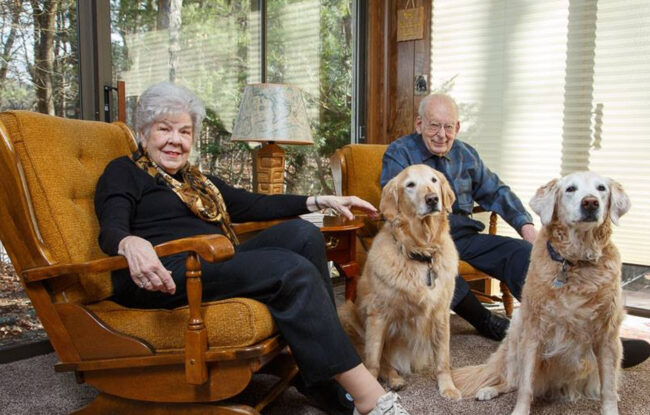 My dream had been to become a foreign correspondent for a national newspaper, but I ended up spending my life in higher education at Northeastern University in Boston, MA. I began in the press bureau and ultimately became the University President’s speech writer. For seven years I served as Senior Editor of the International Encyclopedia of Higher Education (Jossey Bass) compiled at Northeastern. It was the biggest news story on which I ever worked. I loved it and it spurred me to go on and write my own books, one of which was based in Saudi Arabia.

I got more than a career out of Northeastern University. I also got a husband with whom I shared 56 wonderful years. I tell the story of our meeting and our early travel adventures in the first chapter of my book, the title of which is I thought He Was Italian, But I Served Him Schnitzel Anyway. 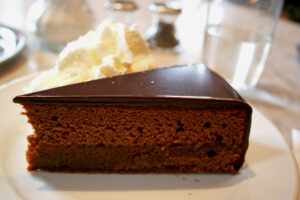 The book title From Schnitzel to Nockerln And Everything That Happened In Between is based on the fact that schnitzel is the first meal I cooked for Alfred on our first date and Viennese nockerln was the last thing I cooked him five days before his death from COVID-19 complications. In between those two meals we had one heck of a life together and ten of our global adventures are recounted in the book.