(A story for Golden Retriever lovers) 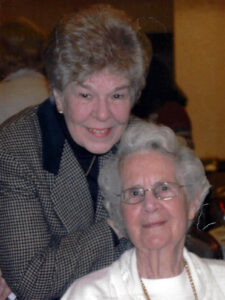 If you are a “Golden person” you know the name of Rachel Page Elliott. She was the “Grand Dame” of the Golden world with her writings, lectures and research on canine movement. Beloved the world over, many a person came to her door and she welcomed them warmly – whether she knew them or not!

Rachel Page Elliott, “Pagey” was inclined to keep scrapbooks – many of them! Recently while visiting her daughter, Liz, at River Road Farm I had the opportunity to scroll through a scrapbook devoted to the history of the Golden in the words of W.M. Charlesworth, Elma Stonex and Marcia Schlehr. Letters were exchanged along with comments about the writing of others in the days when people still spoke (erroneously) of Russian Circus dogs having been a part of Golden ancestry. Some of the writings dated back to 1938.

One “essay” consisted of Pagey’s recollections of the renowned English breeder, Elma Stonex, i.e. “Elma Stonex Some Cherished Memories.” She wrote of their first exchange of correspondence in 1956, their meeting in England in 1964, and Elma’s trip to the United States in 1968. Pagey wrote:

“Elma came of America in 1968, warning me ahead of time that she did not like seafood and swimming, and she was not too fond of sightseeing. Along with a delightful sense of humor, frankness was one of her virtues.” (Pagey did take her to Plymouth to see the Mayflower, however.)

As I worked my way through the scrapbook, I found 1934 and 1935 newspaper clippings on the Yelme and Aldgrove Golden Retriever kennels with many photos of individual dogs. There were also portrait photos of Sam, John and Maizie Magoffin who did so much to establish the Golden Retriever in the United States and Canada.

There were numerous pages of advertisements from British kennels, candid photos on show grounds and of course, lots of Goldens. One of my favorites was a newspaper photo of the famous Dual Champion David of Wesley delivering a bird at the 1956 Retriever Championship Meeting. Pagey even collected doggie cartoons she found here and there.

There were also numerous articles and publications regarding the first Guisachan Gathering in 2006 including an article by our own Friends of Guisachan Board member, Doreen McGugan about Guisachan House, the founding of the breed, and the activities of that memorable gathering. Also in the scrapbook was the Friends of Guisachan’s Walking Guide to Historic Guisachan.

I used to love going over to the farm and sitting with Pagey talking about the history of the breed. I now realize how early my own parents got into Goldens when I reflect on the years in the 1940’s when they established Winyon Kennels with my name included with theirs on the AKC kennel registration. Our first kennel stud dog was out of Ch. Tonkahof Bang, whose sire was Ch. Goldwood Pluto, grandsire Ch. Rockhaven Rory and then came the Aldgrove dogs of England. I’m afraid my parents didn’t stick with it long and it was not until 1986 when I discovered Yankee Golden Retriever Rescue that I personally got back into the Golden community, despite having Goldens in the family. And once again, the Golden world has been an integral part of my life ever since.

Pagey was more than a friend and mentor, she was my role model in life and remains such to this day. And although she has been gone for several years now, she’s still giving back as I read through her scrapbook and, in turn, shared excerpts with you.

See also  What Happens When a Kitty Enters The Dog House!