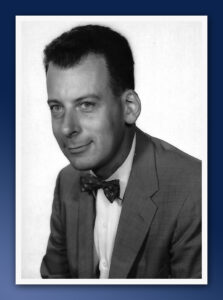 “We were cut from different swaths of cloth. Alfred was fine wool. I was basic cotton. He was reserved, almost shy, brought up in European and Southern traditions. And he was Jewish. I was a bubbly Minnesota Protestant girl for whom hospitality was my middle name. His family was torn apart by war. My clan gathered for holidays and on July 4th ate fried chicken, corn on the cob, potato salad, fruit jello and jokingly said “Ja, Ja betcha.” He loved Strauss and opera. I loved Beethoven, and Dixieland. He drank Old Fashions, My drink of choice was A&W root beer.”

“The name’s Viola, he said, with a teasingly James Bond style introduction. He stood as he introduced himself, bowing slightly in a European manner. He spoke with a slight accent, but it was the twinkle in his hazel eyes that got me. “Who is this man?” I thought.. Little did I know that we would marry within the year and spend a half century traveling the world doing wildlife photography, birding, leading safaris and sharing all manner of adventures, both at home and abroad. 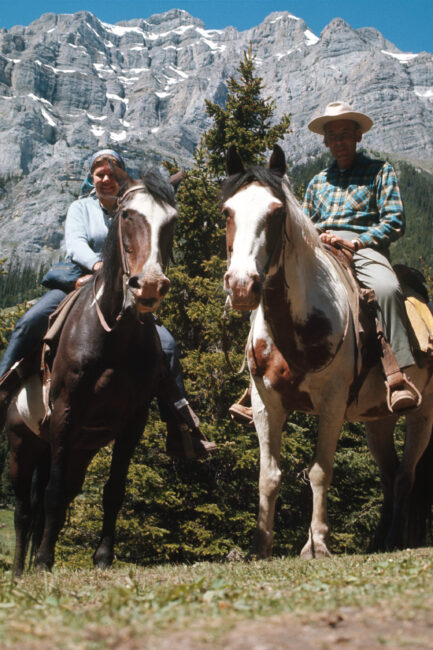 In 1967 we tried something new, –  a guest ranch in Wyoming in the shadow of Grand Teton National Park.. For the first time in his life, Alfred faced the challenge of mounting a horse, a very large horse with the ridiculous name of Peanuts. Peanuts had to have been a cousin of the Anheuser-Busch Clydesdales. He was huge. When Alfred expressed doubt that he could get his foot up into the stirrup and swing up that high, the ranch manager said, ‘Well we have a crane we use to lift hay into the loft. We could put you in that and swing you up like the knights of old.” Alfred decided he would not be humiliated by a horse and somehow, he’d make it onto the back of that animal – and he did!

See also  Chapter 5 - Jambo! The Story of a Kenya Safari